Labour Manifesto- for the many not the few 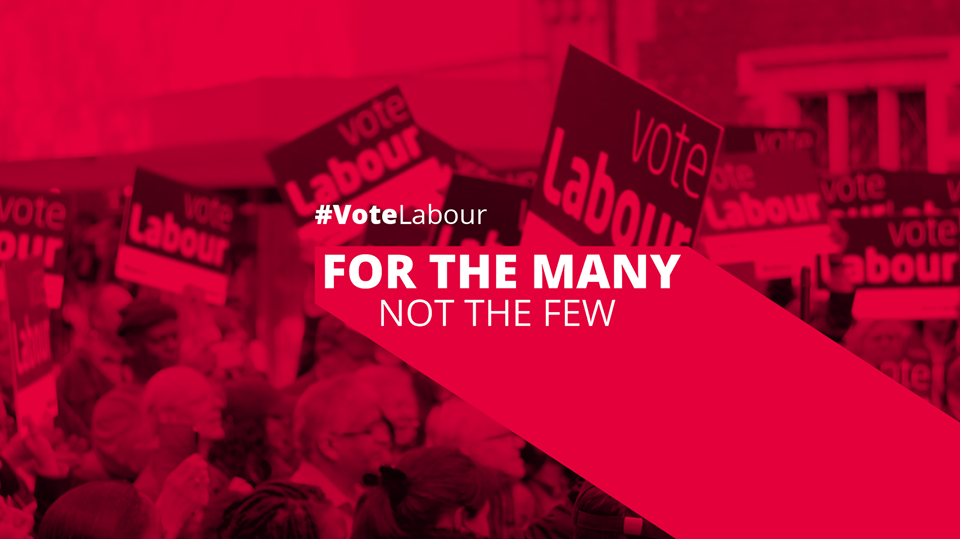 Britain is the fifth richest country in the world. But that means little when many people don’t share in that wealth. Many feel the system is rigged against them. And this manifesto sets out exactly what can be done about it.

Britain needs to negotiate a Brexit deal that puts our economy and living standards first. That won’t be achieved by empty slogans and posturing. We cannot put at risk our links with our largest trading partner. Instead we need a jobs-first Brexit that allows us to upgrade our economy for the 21st century.

Labour will invest in the cutting-edge jobs and industries of the future that can improve everybody’s lives. Which is why this manifesto outlines a fully costed programme to upgrade our economy. From childcare to transport, housing to lifelong learning, Labour understands how a successful economy depends on services that support us all.

FOR THE MANY NOT THE FEW

So yes, this election is about what sort of country we want to be after Brexit. Is it one where the majority are held back by the sheer struggle of getting by? That isn’t the Britain Labour is determined to create.

So let’s build a fairer Britain where no one is held back. A country where everybody is able to get on in life, to have security at work and at home, to be decently paid for the work they do, and to live their lives with the dignity they deserve.

Let’s build a country where we invest our wealth to give everyone the best chance. That means building the homes we need to rent and buy, keeping our communities safe with more police officers, giving our children’s schools the funding they badly need, and restoring the NHS to its place as the envy of the world.

Let’s build a Britain that works for the many, not the few.