Kezia Dugdale – we are shaping our country for the better 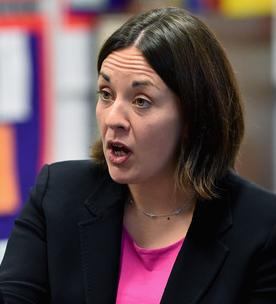 Before Holyrood’s summer recess Scottish Labour won an anti-fracking vote in Parliament. It was an important message to the SNP Government, who did not support our proposed ban.

In winning that vote in those first days following the Scottish elections it showed that we, as a party and a movement, would not run away from the commitments we made in our manifesto and that we would seek to use every opportunity to shape our country for the better.

We’ve been carrying on that message throughout our work this summer, putting forward a Labour vision of a Scotland free from austerity and cuts, where our communities can thrive.

As Holyrood’s first week back draws to a close, that work has already paid off with Labour victories for gender equality legislation, university grants for care leavers and mental health support for young people.

These are early days in this Parliament, but our party has stepped up to the challenge and we can be proud that we are already winning victories for the people of Scotland as we build toward the council elections next year.

You can read more about the impact we have had in Parliament below.

The Labour movement has been at the forefront throughout the fight for gender equality, and with every piece of progress we have won we have been driven on to win more.  We fought the election with a gender balanced list of candidates and Kezia Dugdale is a founder of Women 50:50.

We were proud that our manifesto made the commitment to a 50:50 balance on public boards. That victory has been secured with the announcement that the Scottish Parliament will now legislate on this.

During the summer Scottish Labour’s health team has been busy holding the SNP Government to account for their failings in the management of our NHS – rocketing levels of private spending on agency staff and private procedures, a GP crisis and scandalous failings in young peoples’ mental health services have all been uncovered.

On the day that Childline announced that it had received over 900 calls from young Scots contemplating suicide, Kez challenged Nicola Sturgeon to listen to Labour’s calls for early intervention support for young people.  Our manifesto made the commitment to ensure that all secondary schools in Scotland have access to a qualified and appropriately experienced school counsellor, providing accessible counselling to young people who need it.  The First Minister has agreed to look seriously at the proposals outlined in our comprehensive review of their failings in young peoples’ mental health services.

You can read the full review – Ending the scandal: Improving mental health treatment for young people in Scotland – here.

We all share a duty of responsibility for Scotland’s looked-after children.  They are all our children, and it is a shameful fact that someone with experience of care in Scotland is more likely to go to jail than to university.

For a year now, Scottish Labour has been campaigning for legislation that will ensure all care leavers who meet the entry requirements can secure a place at university. Our manifesto guaranteed the creation of a Care Leavers’ Higher Education Fund to replace existing loans with a non-repayable grant over and above current support. After 12 months of pressure the SNP Government has finally set out plans to legislate for this.