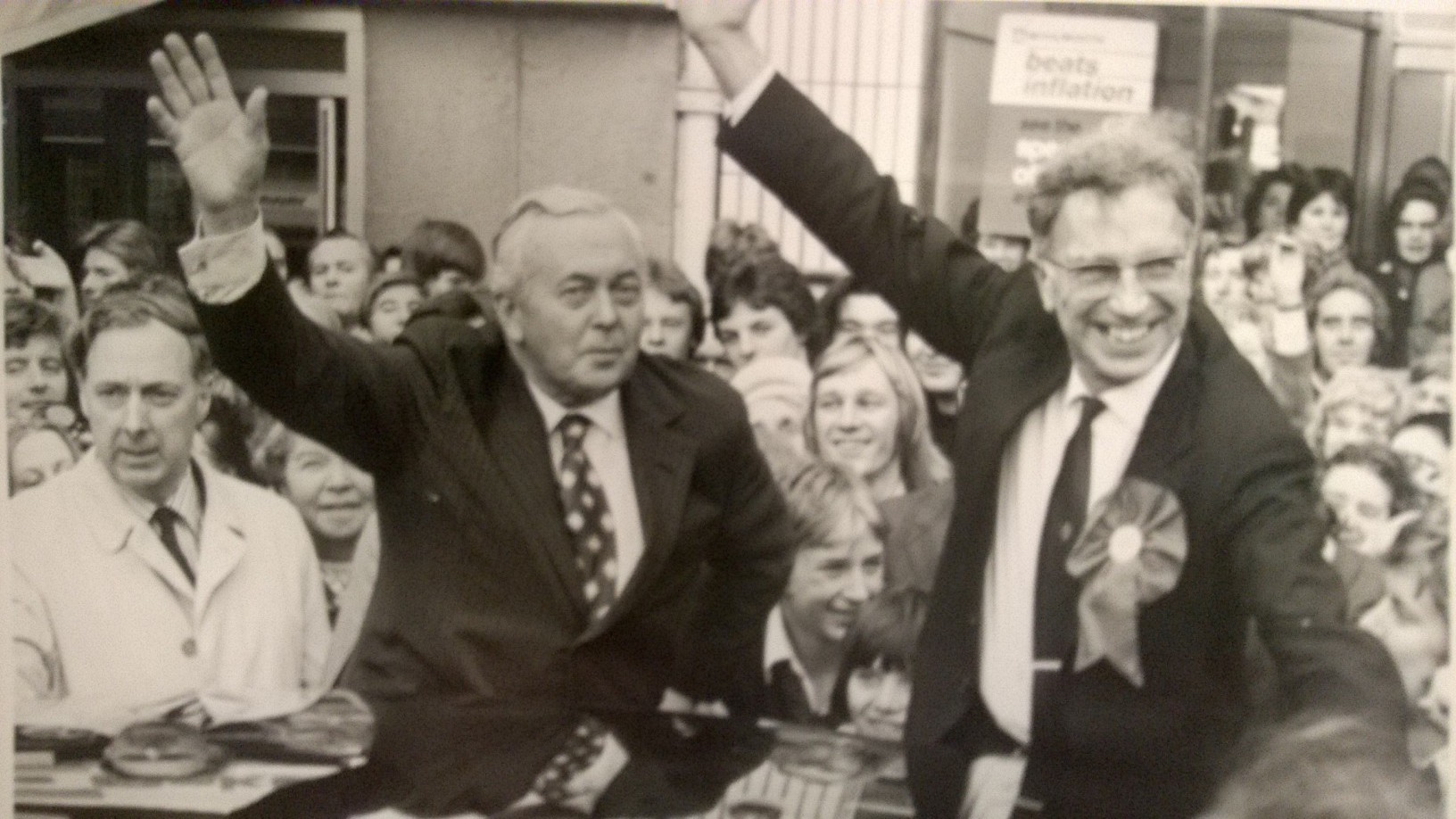 Lord Advocate and Labour MP for Leith from 1970-79

LORD Murray, who has died aged 94, was at the forefront of Scottish public life for decades as a politician, an eminent lawyer, a judge and an anti-nuclear campaigner.

He was also a central figure in the controversial case of Paddy Meehan, who was freed with a royal pardon after being convicted of murdering an elderly woman at her home in Ayr. Lord Murray was later threatened with impeachment over the case.

Between 1970 and 1979, Ronald King Murray, pictured with Harold Wilson, was the Labour MP for Leith, Lord Advocate in the Wilson and Callaghan governments from 1974 to 1979, and a judge in the Court of Session between 1979 and 1995. Thereafter he resumed his active support for the anti-nuclear cause, maintaining his involvement until shortly before his death.

He stood unsuccessfully as Parliamentary candidate in a number of elections prior to securing his Leith seat. The first was in 1959 in Caithness and Sutherland while the following year he stood in Edinburgh North.

During that campaign he stated in a speech: “The time has come for us to put an end to the UK’s independent deterrent should the summit talks on disarmament fail.” The campaign was also notable for supporters of his Conservative opponent, Lord Dalkeith, accusing the Labour candidate of mud slinging in reference to Lord Dalkeith’s aristocratic status, a claim he strongly denied.

Four years later Lord Murray stood twice in Roxburgh, Selkirk and Peeblesshire, latterly against David Steel but it was not until 1970 that he tasted electoral success in Leith.

Simultaneously, his legal career had been continuing apace. Admitted to the Faculty of Advocates in 1953, he initially enjoyed a mixed civil and criminal defence practice before being appointed advocate depute in 1964; three years later he became Queen’s Counsel.

On entering Parliament he initially acted as shadow spokesperson on Scottish legal affairs and opposed Edward Heath’s Industrial Relations Bill as an attack on white collar trade unionism. He also opposed the Government’s bill to take the country into the Common Market, stating that it was constitutionally wanting.

Following re-election in 1974, he was appointed Lord Advocate by Wilson, a role he fulfilled with distinction until 1979, although Peter Hain and the Young Liberals sought to have him impeached in Parliament over the Paddy Meehan case.

Glaswegian Meehan had been convicted of murder in Ayr in 1969 but following a campaign to have the conviction overturned, Lord Murray lent his support to seeking a Royal Pardon which was granted. Another man Ian Waddell was tried but acquitted leading to criticism from the original trial judge Lord Robertson.

Years later, Lord Murray said that while the idea of impeaching him was misconceived, it was technically possible to do to a law officer.

Lord Murray also played an important part in the repeal of Scotland’s criminal law against homosexuality, his assurance that acts in private between consenting adults would not be prosecuted paving the way for the progress of the legislation.

“He was a real workhorse and I mean that in the most affectionate way,” said Dalyell. “Many colleagues and I had cause to be grateful to him for the legal advice on constituents’ problems he dispensed freely and courteously to us.”

Elevated to the Bench in 1979, Lord Murray carried out his judicial duties very ably and enjoyed a well earned reputation for overriding fairness, imperturbability and consistent courtesy to all with whom he dealt. Blessed with an enquiring mind, he relentlessly pursued the answer to complex legal problems.

Whether intentionally or not, he could also provide lighter moments against a backcloth of dark deeds. One observer recalls that during a trial in the High Court for attempted murder, the principal prosecution witness described how just before he went to cross the road to buy a fish supper late one evening, he stood in shock as he saw a fracas taking place involving a stabbing. He gave considerable detail to the prosecutor before Lord Murray, about to invite the defence to cross examine, asked him, “And did you get your fish supper?”

His stance against nuclear weapons had its roots in his war service. Tam Dalyell recalled that while Lord Murray was an officer with the Royal Electrical and Mechanical Engineers in South East Asia Command, he was appalled by the disaster the servicemen in the Far East saw at Hiroshima and Nagasaki.

Lord Murray was a staunch supporter of the World Court Project, an alliance of peace campaigners, lawyers and doctors who obtained an advisory opinion from the International Court of Justice in 1996 suggesting the illegality of nuclear weapons.

Aged 84, along with other anti-nuclear lobbyists including the moderator of the General Assembly of the Church of Scotland, he was refused access to Aldermaston Atomic Weapons Establishment by armed police. They had intended to investigate nuclear weapon production but he remained a frequent and influential contributor to the public debate.

The son of an electrical engineer and nephew of judge Lord Birnam, he attended George Watson’s College, Edinburgh.After war service he obtained a first class honours degree at Edinburgh University in philosophy before undertaking a law degree there while teaching moral philosophy. Thereafter he studied at Jesus College, Oxford, where later he was made honorary fellow.

In 1950 he married Sheila Gamlin, whom he had met in Edinburgh. He had interest in a wide range of subjects including astronomy and science and enjoyed sailing.

He is affectionately remembered by many and recognised for the important contribution he made to Scottish public life. He is survived by daughter Nicola, son Diarmid and four grandchildren.