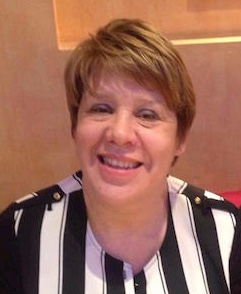 By May 2017 I will have been a Councillor for 33 years. But when I was selected to contest the Edinburgh Northern and Leith parliamentary seat, I made a private decision that it would be my last election. Therefore I will not be putting my name forward for the election for Edinburgh City Council in 2017. It’s maybe an appropriate time to reflect on my career since 1984.

After all this time in politics, I feel that I have done as much as I can and it is time for the next generation of change-makers to take over. I entered politics determined to make a difference -; both in my local community and across Edinburgh -; and I believe my record demonstrates that I have done just that.

Of course, while I made my personal contribution, I know I couldn’t have achieved as much as I did without the support of many, many people along the way, from the Party members who first selected me as a candidate and gave me a chance, to all the Labour Party activists who gave up their time to knock doors and deliver leaflets.  A large vote of thanks has to go to the many thousands of voters who have given me their endorsement at election after election (8).  All my election agents (you know who you are) and the Council staff who have worked for me and given me support over the years.  The community groups who have campaigned to make the lives of their communities better. The various Labour Groups I have been a member of and finally my family – without their support I couldn’t have done it.  Collectively I believe we made a tremendous difference for the city and its citizens.

I was first elected for the Telford ward in 1984, beating the then Liberal Group leader. At the time I was a young mother with two small children, and this naturally gave me some concern. However, I was assured that Labour would be in opposition and I shouldn’t worry. How wrong we were.

Labour achieved an historic victory, winning outright control of the Council for the first time on a radical agenda of change. Anyone who was at the count at Meadowbank that night will remember just what a watershed moment it was. Today I am the very last of that group of councillors to still sit on the Council.

Edinburgh in 1984 was a very different place. It was a very divided city between rich and poor.  It still is, but maybe less so.  Following years of Conservative control, the city was crying out for change and investment in sports facilities, cultural facilities, housing and economic regeneration. As a party, we set out to improve services and create jobs -; and we did it.

We established Edinburgh’s reputation as a dynamic, go-ahead city, attracting many talented officials. Some of the choices we made were controversial -; the decision to establish a Women’s Committee was viewed quizzically at the time. But perhaps the committee reflected, not so much a choice to be ‘controversial’, but the make up of that first Labour Group, which had a significant number (but still less than a third of the Group) of very capable women in it. Some of my more ‘traditional’ colleagues dubbed us the ‘Knitting Circle’, which became a badge of honour for some, including the honorary male.

I have always been committed to the community I live in. I have served as a councillor for Telford, Drylaw, Muirhouse and now Inverleith, and I have played my part in achieving improvements in these areas. For example, the introduction of local community centres in Drylaw and Muirhouse; a new library and arts centre in Muirhouse; new and improved housing; new primary and secondary schools; a refurbished swim centre at Glenogle (threatened with closure at one point) and new parks are just some of our many achievements.

Ever since I was first elected I have held weekly surgeries and I am now the only councillor in the Inverleith ward to do so. After more than 30 years’ service, I believe I merit my reputation for being open, accountable, hard working and effective at driving change.

A lot of local politics takes place in the City Chambers, a place many of my family would now call my second home. So much so, my son chose to have his wedding there last year! And over 30-odd years in this building I have had several high-profile positions, which have afforded me the opportunity to make change. I have been the convener of the old General Purposes Committee, Leader of the Council, Convener of the Lothian Police Board, Lord Provost for four years, and I currently serve as the Convener of Transport and Environment.

Achievements over my time in office include: creating Edinburgh Marketing to establish Edinburgh’s position as a tourist destination; working with the Anti-apartheid movement (the woman and child statue on Lothian Road commemorates that time); the building of the EICC; the Zero Tolerance Campaign; the One City Trust;  the incredibly successful Winter Festival; building several new libraries and sports centres; Make Poverty History; helping with the aftermath of the tsunami in Banda Aceh, and establishing the Edinburgh Award.

One of my proudest moments, however, was while in opposition. Working with others, we were able to prevent the privatisation of services for the care of vulnerable people, some of them severely disabled. This is one achievement that was truly appreciated by the local community.

Most recently I have been Convener of the Transport and Environment Committee, responsible for some of the most controversial areas of Council responsibility. After all, everyone has a view on refuse collection and the Trams!

Despite nine years of frozen Council Tax and reduced budgets, we have managed to achieve so much. The Tram project was finally completed on the revised timescale and budget, we massively increased the budget for cycling, recycling has increased and we have reduced the amount of waste going to landfill, Lothian Buses has remained in public ownership, we have set up a Transport Forum and an Active Travel Forum, the roads and pavement budget was doubled two years ago (I know it’s still not enough -; tell the Scottish Government), and we have also set up Edinburgh Energy and the Edinburgh Community Solar Cooperative.

I have lived and worked in Edinburgh for almost 40 years now. It’s a city I can proudly call home, where I have brought up my three children (although one has escaped to Glasgow) and made friends for life. I was so pleased and grateful to receive personal recognition in the form of honorary degrees from city institutions such as Edinburgh University, the Royal College of Surgeons and Telford College. Looking back, it’s hard to recognise the city from the one I first moved to in 1979. Edinburgh is now an immeasurably better place to live and I’m proud to have played my part, alongside many others, in its success.

However, Edinburgh, and Scotland, faces unprecedented challenges, following the referendums in 2014 and this year.  Local government, once responsible for so many crucial community services, has been squeezed remorselessly.  Our future is uncertain.  The Labour Party itself faces some difficult challenges.  It will be up to the next generation of politicians to try to find a way through.  For myself, I will still be around, but looking for new challenges.  Onwards and upwards.