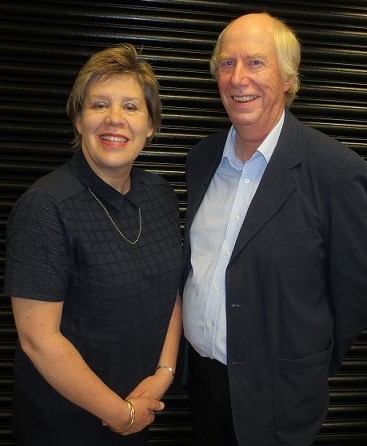 Malcolm Chisolm’s newsletter. Read about what he’s been working on in the last few weeks.

The Scottish Parliament is now in recess for the week but the previous six weeks were extremely busy and the last four and a half before dissolution for the election promise to be even more hectic. This week, as all weeks now, I have been at various meetings and engagements in the constituency and often feeling that this will be the last time here as an MSP.  On Friday of this week I shall also be on the Great Debate for an hour at 12 noon on Radio Scotland.

The big issue of recent times in Scotland has of course been the bold decision of Kezia Dugdale to propose use of the income tax power to prevent the decimation of education and other local services. My speeches of 3 February and 10 February below are both strongly supportive of that and I raised the issue more generally on in an earlier speech on 13 January. The scale of the cuts in Edinburgh has not yet sunk in perhaps for most members of the public but the numbers are stark with over 80 million pounds being taken out of the budget next year alone. There are 2000 job losses and many sad examples of cuts. For example, I am very upset that the Prentice Centre in West Granton is losing more than half of its Council funding and that its very existence is now threatened. It was central to the regeneration of West Granton from 1993 onwards and is right at the heart of that area which has been transformed over the last twenty years.

I am out campaigning for Lesley every week  now and I hope very many of you will be doing the same . The polls say every constituency will be lost but Labour will win some and we must make sure that this is one of them. Conventional wisdom says you can’t be popular if you put up tax but context is all and the context this time is a completely unacceptable level of Council cuts. I believe that will resonate with many people and it certainly gives us the strongest possible central message for the campaign.

As I keep emphasising at constituency meetings, the other big issue which needs to be resolved this week is the Fiscal Framework. Much of It seems like technical economics and very few people understand it but it will determine the level of our budget for years to come and Scottish Labour has been right to support the Scottish Government  on this one. I don’t think we should ever be knee jerk critics of the SNP but should pick our issues.

There are some great community campaigners in the constituency and we should always stand with them whenever we can. One of the great new initiatives recently has been Leithers Don’t Litter and I know Lesley has been very positive about working with them and learning from them. It has involved a great many local people and I spoke about this on 2 February below.

In the west of the constituency there was a great community conference last Saturday which came up with Action Plans for the Greater Pilton area. I attended the Housing group and the main demand was for more affordable rented housing. I think Labour’s Housing proposals for the election are very positive in this regard since we are supporting the Shelter Scotland calls for 60,000 affordable homes in the next Parliament.

Five weeks from now I shall no longer be an MSP but I shall be around and look forward to seeing you during the campaign.